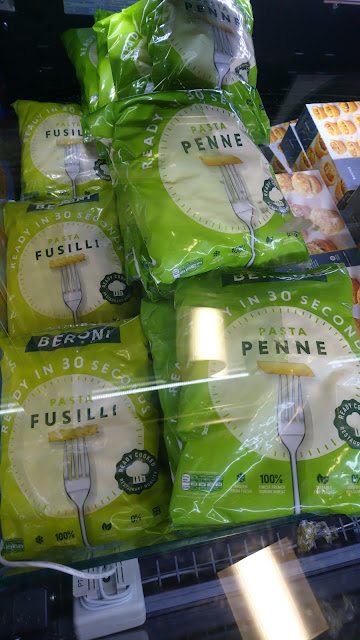 Frozen pasta! Who knew? Not me.

The Chap had been missing pasta since the work started so we bought some, and the verdict is - not too bad at all. Of course it wasn't cheap, I think it was £2 for a bag big enough for two portions each, but it was lovely to have something familiar and with a slightly different texture to the usual microwaved stuff. I did some pesto bread in the air fryer and that was good enough!

Yesterday we headed of the Wirral for afternoon tea, and to see my brother for the first time in a couple of year, both were absolutely delightful. 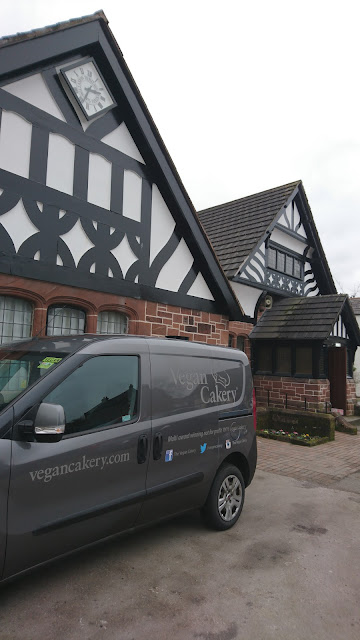 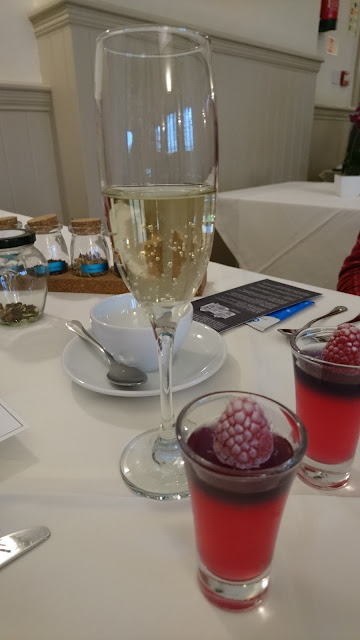 Alcohol free prosecco (the regular version was available) and a raspberry jelly. 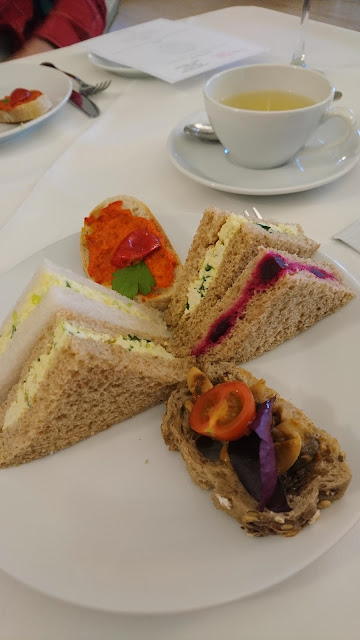 Assorted sandwiches mushroom, roast pepper, beetroot and cumin, egg-style, cucumber and dill, and cheeze. I swapped my cheeze for an extra beetroot, which The Chap was more than happy with.

Before the cakes were scones, but I ate them before there was time for a snap. In the spirit science I had one scone with jam and cream, the other with cream and jam. My verdict? Absolutely no preference, so I'd be happy in either Devon or Cornwall. 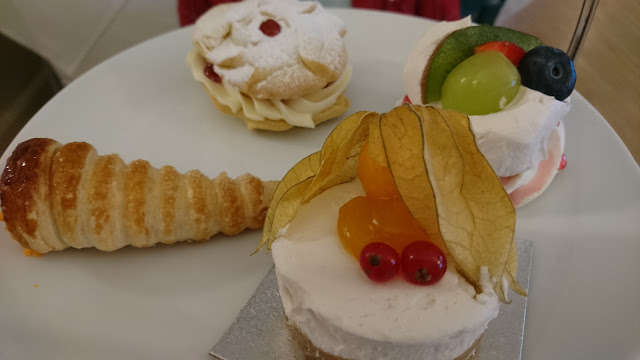 The cakes this year were Viennese whirl with buttercream and raspberry. Fruity pavlova, passionfruit cheezecake and a yuzu cream horn.

Afterwards we went for a dog walk with my brother and his girlfriend, plus their adorable pupper, down to Parkgate. Me being me I forgot to take photographs until the light was dimming 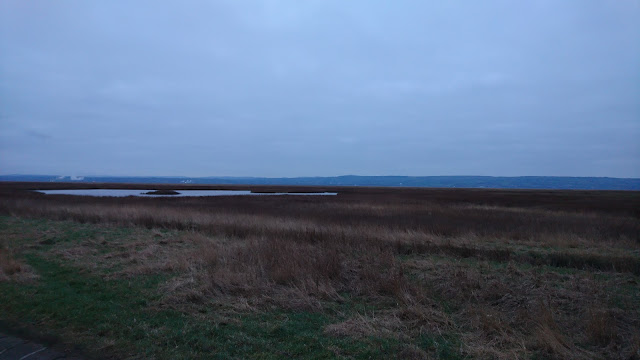 but there are beautiful views across the estuary to Wales. Such a relaxing spot, I think I felt how people feel when they come to my bit of the coast for a holiday - I'll try to keep that in mind, holiday vibes only!