One Thing Leads To Another

Did I say I was a mundane genius? Well, we're a mundane genius household, and it all stems from an impulse purchase I made on Friday. Warning - IKEA product heavy pictures!

There's a new vintage shop in town, we only spotted it last Sunday, the day after it opened, when we were looking in the window of the framing shop. We had a picture drawn of the house last year (fancy!) and haven't managed to get it framed, for obvious reasons. The vintage shop looked tempting, so I nipped in before work on Friday, had a chat with the owner and bought some cheap and cheerful shelves. They both stack and fold - what could be better? 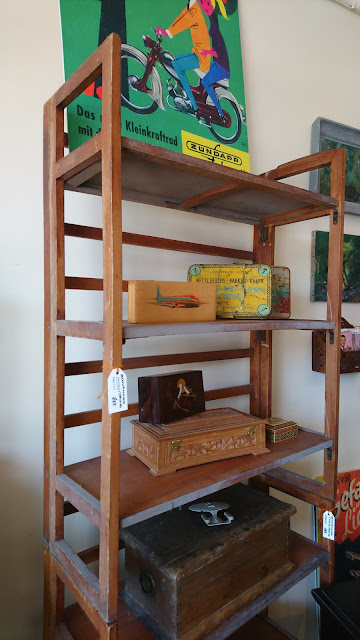 We picked them up and carried them home yesterday, thankfully before it became too hot, then set about finding a home for them. The plan was to put them in the pantry, but because I steadfastly refuse to get rid of an IKEA trolley I have in there already, only one set would fit. But, it set off a chain of events that helped us organise the whole house. 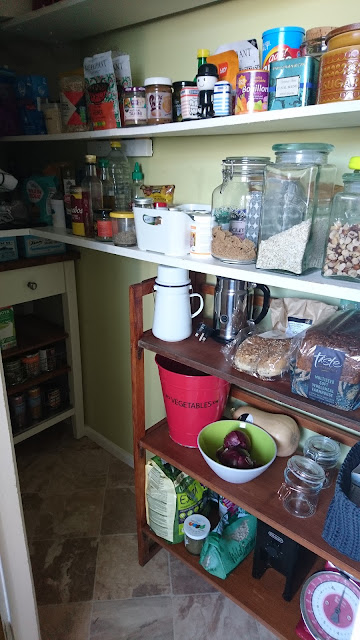 As planned, one set went into the pantry 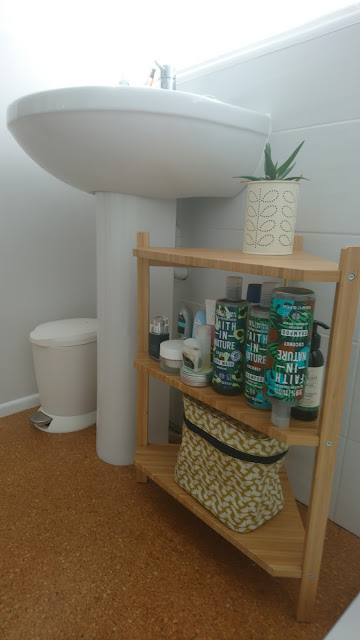 Which meant the small corner shelves could move from the pantry to the bathroom (where they had lived originally). 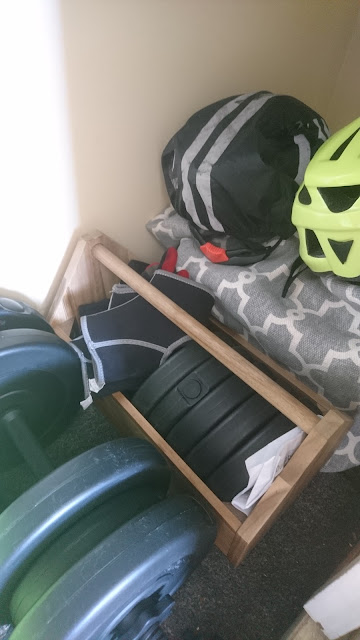 Freeing up the bathroom storage in the airing cupboard meant The Chap could put his smaller weights and other exercise paraphernalia into this wooden trug thing that had held spare toiletries. 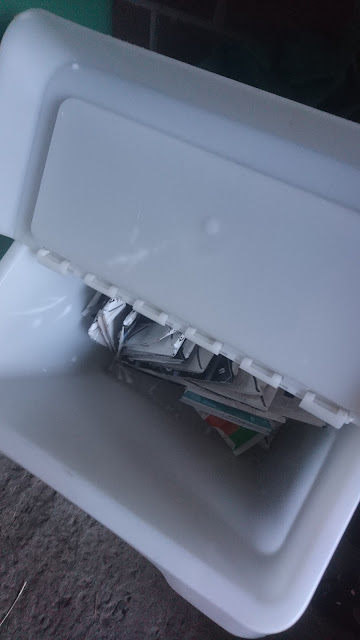 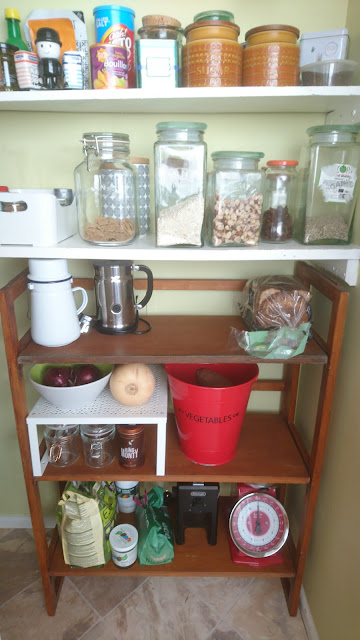 It also takes us back to the pantry where a white shelf insert now creates a bit of extra space instead of holding cycling gloves!

And the other set of shelves? 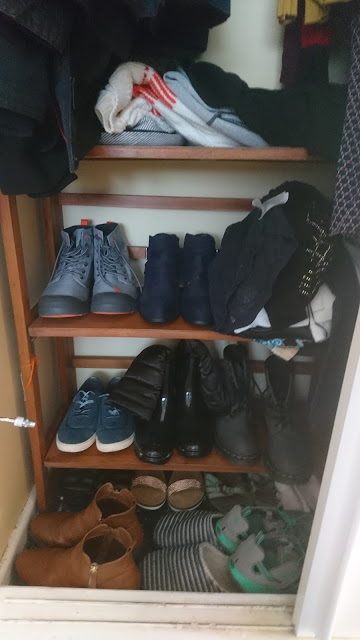 They're in my wardrobe, and still a bit of a mess, because I'm not perfect!